I’m very excited that Netflix is rebooting the old Lost in Space show (starts this Friday), and I’ll come back later and tell you what I think of it, but right now, I want to reminisce about the original show, which was aired for three seasons on CBS back in 1965-1968. Yep, this was ten years before Star Wars, and a year before Star Trek, and the first season was still in black-and-white. With a theme song written by the awesome John Williams!

If you’re unfamiliar with the show, the premise is that a family of five (last name Robinson, remind anyone of a certain lost Swiss family?) is sent from Earth to start the first colony on Alpha Centauri, but their trip goes awry when a saboteur sneaks aboard before launch but gets trapped, and his excess weight causes the ship to go off course and into a meteor storm. Somehow, that results in them going way, way, far away, and crash land on some planet outside the galaxy(!). The first season was played fairly straight, but descended into more and more silliness in the second and third seasons, especially the saboteur, Dr. Smith, who becomes more and more of a caricature (“Oh, the pain, the pain.”).

Even if you’re not familiar with the show, you probably have heard the iconic line, “Danger, Will Robinson.” This was uttered regularly by the Robot, as he flailed his “arms” wildly to warn of some impending doom.  The Robot (who didn’t have any other name, cute or otherwise) started out evil, but became the youngest Robinson’s best buddy, and straight man for Dr. Smith’s comic villainy.

Will Robinson was the 9-year-old genius, expert in computers and electronics, who could keep up with his brainy professor dad, not to mention outwit certain nefarious aliens. I suppose Will was a big part of what attracted me to the show as a kid, dreaming that I could be like Will, with a robot sidekick, traipsing around alien worlds. This was probably my first exposure to Science Fiction, which led me to seek out more in books, since there wasn’t much else on TV or movies (sadly, I avoided Star Trek, which started a year later, and only saw that show in reruns). So yeah, the show does have a warm spot in my heart.

And now it’s great to see it revived, and since Netflix has done such a great job with many other things, I have high hopes for this new version.  I should mention that there was a less-than-successful movie reboot in 1998 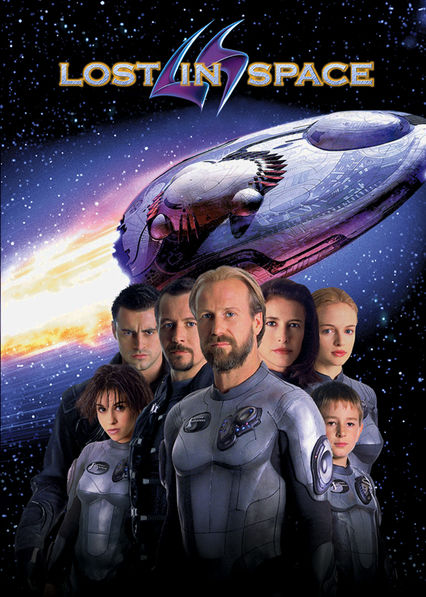 with William Hurt, Gary Oldman, and Matt LeBlanc. I actually liked it, although it certainly had its flaws. It had a big opening week, knocking Titanic off the #1 spot that it had held for 15 weeks, but poor reviews doomed it. Many of the original cast played cameos in the movie, such as news reporters at the ship’s launch, but one of those who declined to participate was Billy Mumy, who played Will. You see, in the movie, there was some time travel going on, and they encounter an older version of Will, so naturally, Billy Mumy thought that would be a perfect role for him. But no, the producers thought that would “confuse” the audience.

The Netflix version changes up a few things, such as the Robot is now an alien robot that Will reprograms, rather than 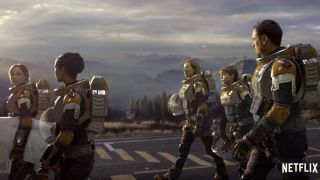 one they brought with them. And Dr. Smith is female in this version, and we’re supposed to wonder if she is a villain or a hero. They also seem to have acknowledged that one family is not much of a colony, so there are a lot more people, but somehow they get separated, although they do run into Don West, who here is not their pilot, but some kind of scoundrel/smuggler.

Speaking of which, I’m also very excited about the new Han Solo movie coming out May 25; the latest trailer has some great lines and a lot of Chewbacca. And of course, let’s not forget Avengers: Infinity War on April 27; in the same sense that the first Avengers movie paid off the four individual Marvel movies up until then (Iron Man 1 & 2, Thor, and Captain America), this one has to pay off everything they’ve ever done, all the bread crumbs they scattered throughout the seventeen movies of the Marvel Cinematic Universe. Expectations were high for the first Avengers movie, and they are an order of magnitude higher for this one. Sure hope they pull it off!

OK, I gotta geeking out, and get back to writing!