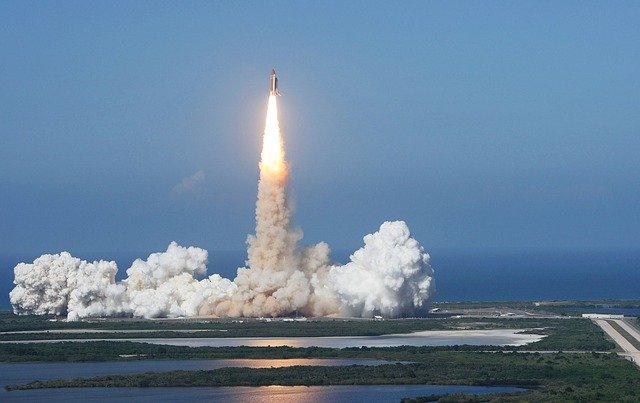 I’m writing the sequel to Star Riders, The Rogue of Sevado, and part of the story occurs on a mining planet, where ore is processed into alloy and sent back to the homeward. I needed a way to cheaply get the heavy stuff off the planet. The typical rockets we use now are very expensive in terms of fuel, and would not be cost-effective for a civilization seeking to mine another planet in their system.

Enter the SkyHook: a theoretical (for us) means of getting heavy payloads into space using an extremely long rotating cable in orbit. It’s related to the Space Elevator concept in which a geostationary satellite is tied to the ground by a very long (and strong) cable. In this case, the satellite is not geostationary, and the cable rotates as it orbits, dipping down nearly to the surface of the planet to hook onto a payload and fling it into space (my characters like to call it a “flinger”).

The SkyHook was first proposed by John Isaacs in 1966 in the journal Science.  Many others have expanded the concept since then, and Boeing even did a study in 2000 which proposed a 600-kilometer tether in a 700-kilometer orbit, rotating with a speed to 3.5 km/sec (Mach 10) at the tip. Their idea was to have it pick up a payload from a hypersonic aircraft. Amazingly, they determined the tether could be made from existing commercial materials!

If you’d like to learn more about this amazing technology, check out Isaac Arthur’s great video (as well as the other intriguing stuff in his collection).

I included the information above in my monthly email newsletter, and received several responses from interested readers.  Frank had some ideas for a magnetic launch system, aided by rocket thrust after the payload gets closer to escape velocity.

David said the skyhook concept seemed overly complicated, requiring an “orbital ballet” to keep it working, particularly on a planet with atmosphere, which would introduce an issue with drag as well as cooling (the stagnation temperature at Mach 10 is probably 7-8,000 deg).  Not to mention the risk of using it over populated areas. Fortunately, in my book, the mining planet is both atmosphere-free and population-free.

You can read more about the general topic of launching payloads into space without rockets in this Wikipedia article.  Also, one of the most interesting SF books I’ve read on similar ideas is Atmosphaera Incognita, by Neal Stephenson (better known for Snow Crash, Cryptonomicon, and Seveneves), a novella about the building of a tower to reach the threshold of space (spoiler alert — it doesn’t end well).