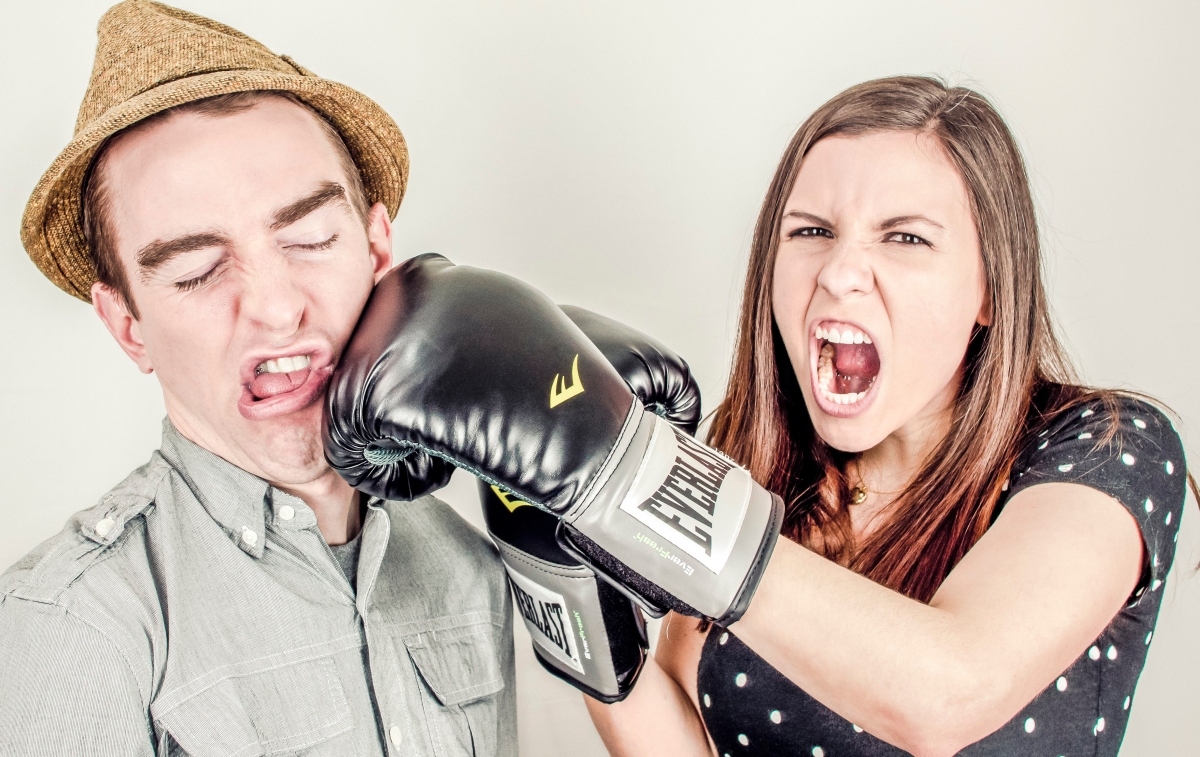 Have you ever noticed that in many sci-fi movies and TV shows, the final resolution between the hero and the villain is almost always some form of fistfight? We can have all these great space battles and high-tech weapons, but when it comes right down to it, Captain Kirk usually defeated his foe with his bare knuckles (and sometimes shirtless, as parodied so well in Galaxy Quest). The whole Avengers team battles space aliens, but Loki is finally defeated by the Hulk beating him to a pulp. The Resistance may have blown up the new-improved Death Star, but Rey still needs to fight Kylo Res personally. Or, in the only two Alien movies that count, we are led to believe that the alien gets blown up, only to survive to be defeated in a one-on-one fight with Ripley.

It just doesn’t make sense that with all these high-tech weapons, we can only defeat the foe by punching him really, really hard.  Historically, the invention of gunpowder changed the face of warfare profoundly by enabling killing-at-a-distance. No longer did you have to get in your enemy’s face with a sword to vanquish them; you could do it from behind a tree, or from a ship parked off the coast. So, too, in science fiction, we imagine all kind of weapons that operate from much greater distances (or times). But in a movie, we really don’t feel the same satisfaction when the foe is defeated at a distance. We have to see the hero get in the villain’s face to truly feel the victory.

Imagine if The Force Awakens had ended with Kylo Ren simply being one of the many faceless First Order thugs who got blowed up real good. Or consider the recent Walking Dead season premiere: many fans complained that Rick Grimes should have simply shot Negan with a sniper rifle from the safety of his car-shield. But if he had, would that have been a satisfying victory? No, I’m sure when Negan finally gets defeated, it will be up-close and personal.

Conflict is personal, and the resolution of conflict has to be personal, too. It might make more sense to just blow up your enemy’s starship, but the audience needs to see you punch him out first.

What do you think? Does this apply as well to novels?  Let me know in the comment section.